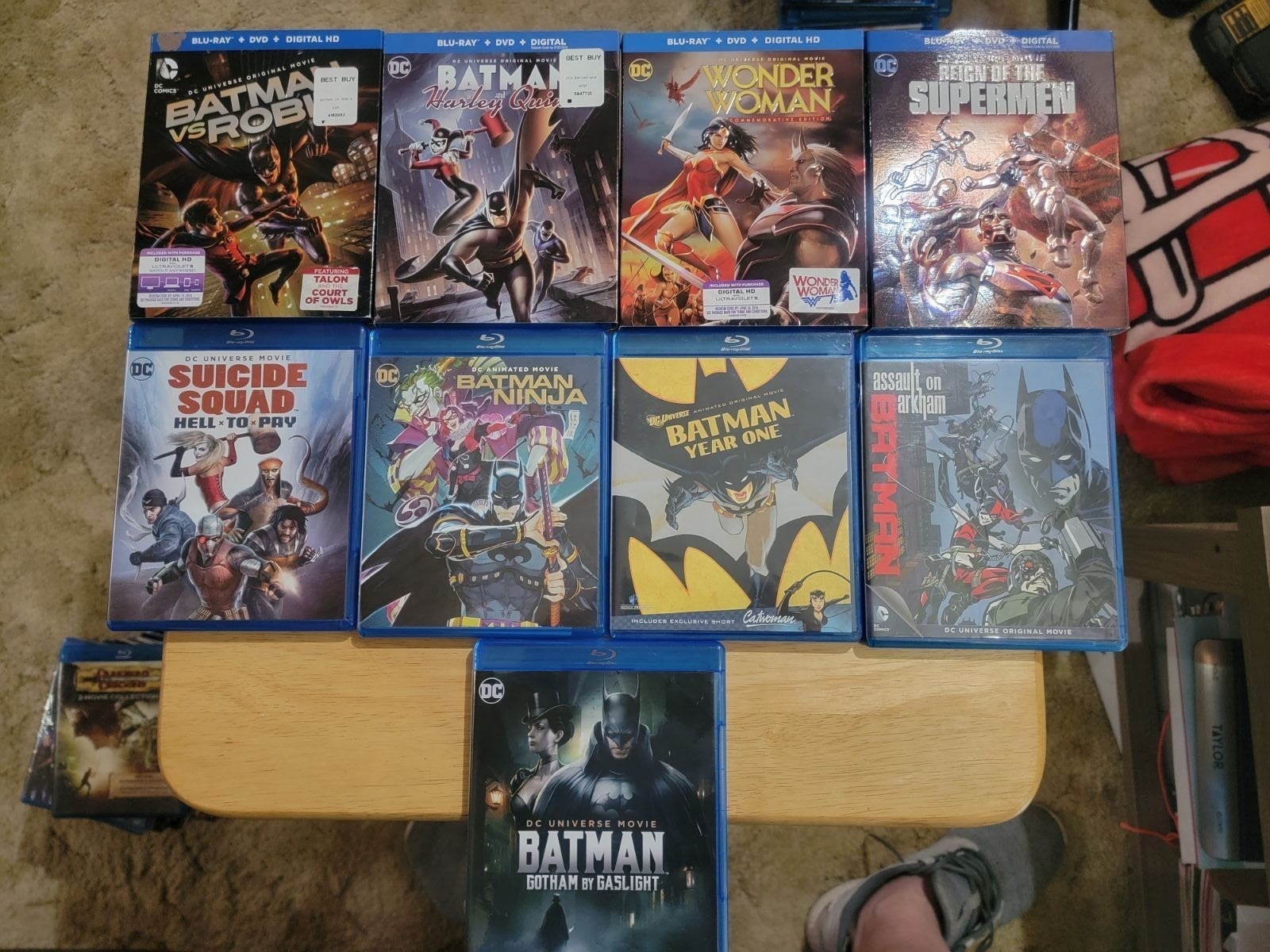 9 dc animated movies all in great shape 3 of them are Blu-ray only batman Gotham by gaslight, batman ninja, suicide Squad he'll 2 pay one is still brand new sealed reign of the superman. Lots of good one's in this set don't miss out christmas is right around the corner.